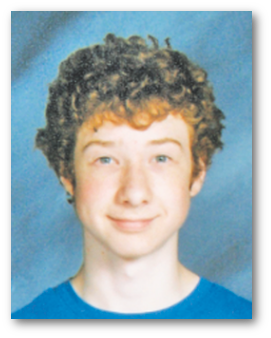 Funeral services honoring and remembering Jacob Ian Miller, 20 year old resident of Verdigris, Okla. will be held at 10 a.m., Tuesday, April 17, 2018 at the Blue Starr Church of Christ in Claremore. Calling hours are 10 a.m. to 8 p.m. Monday, April 16, with the family to receive friends from 6-8 p.m. at Rice Funeral Service in Claremore.

Jacob Ian Miller passed away, Thursday, April 12, 2018 at his home in Verdigris, Okla.
He was born, July 30, 1997 in Tulsa, the son of John and Renae (McWhirt) Miller. He attended Verdigris Schools and was a 2016 graduate of Verdigris High School. His classmates would remember him for his big fro that he would grow out every six months or so.
For the past four months Jacob had been training as an Apprentice Plumber at Shoemaker Mechanical in Tulsa.

Jacob was a very smart, funny, and sensitive young man. He was very curious, and was almost constantly “googling” things, and sharing what he had learned with others, asking “Did you know that?” He enjoyed fishing when he could, he enjoyed playing video games, and built his own PC, and Jacob was inseparable from his cat: Kali.
He is survived by his Father: John Miller Mother: Renae Miller; Brother: Caleb Miller; Sister: Sheridan Miller; Grandmother: Christina Miller; Grandmother: Kathleen Turney; many Aunts, Uncles, Cousins and other relatives.

Brother John works in Hangar 6. We will keep John in our prayers.
Local 514