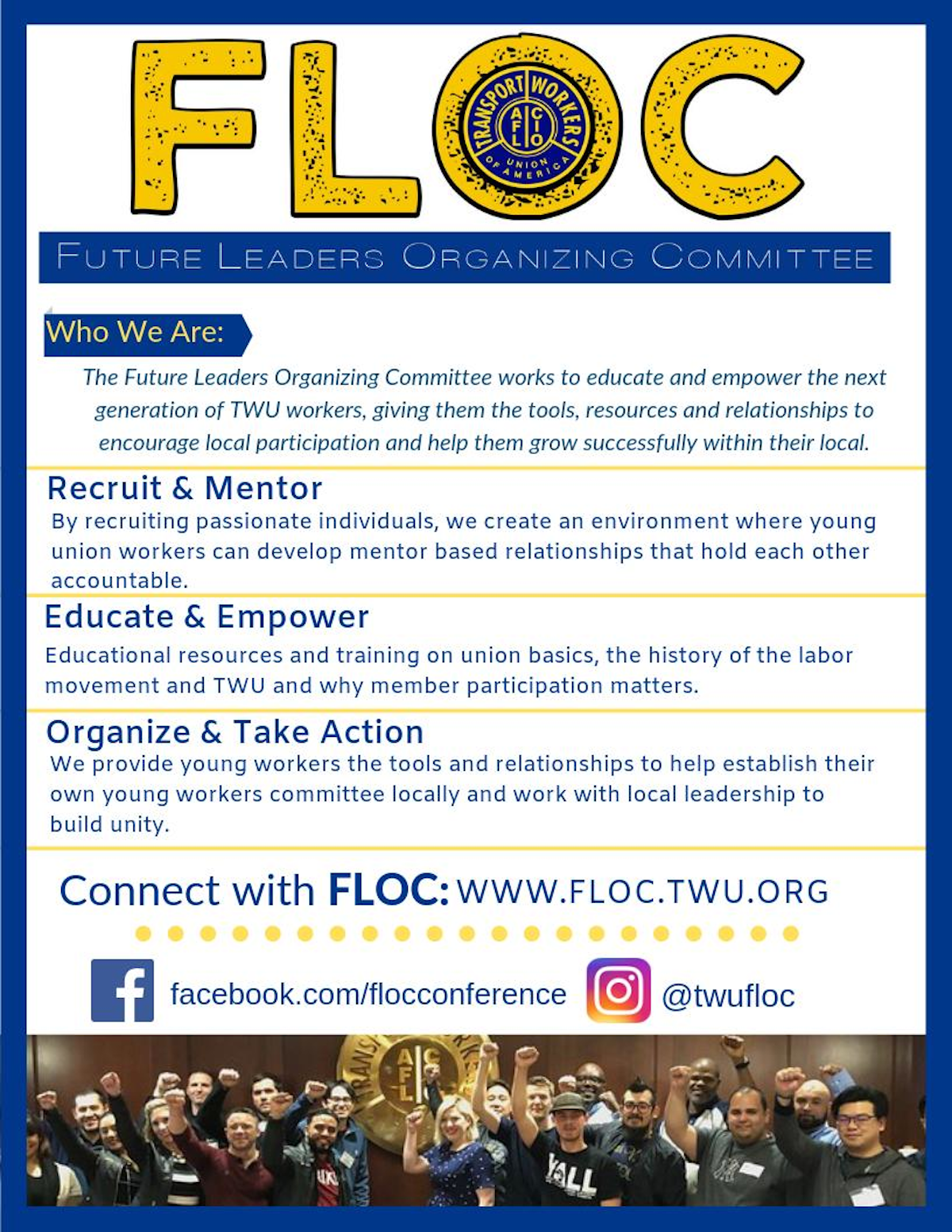 Young workers of the TWU form a national committee to help educate, organize and support young workers in the air, transit and rail industries. 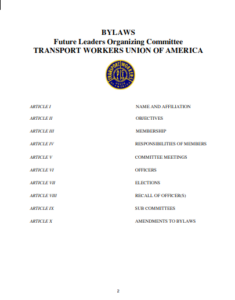 FLOC is devoted to empowering and educating the new and young workers of the Transport Workers Union. FLOC works to excel the next generation of union workers by giving them the tools, resources, and relationships that will prepare them to take action and further worker’s rights.

The Future Leaders Organizing Committee has four meetings a year, three committee meetings and an annual conference. The annual conference is a three-day event and includes workshops, guest speakers, open forums and leadership building activities. We encourage locals to send passionate individuals that show interest in being involved in their union.