I wanted to share this email with you all, I sent it to the executive board and wanted to keep you all informed. 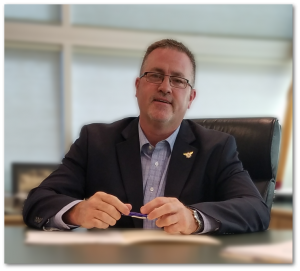 TWU 514 Executive Board,
The meetings in Miami this week have produced positive conversations surrounding internal structural problems within our air division. The other Maintenance Presidents and I had conversations with Alex and John. The entire group spoke on the same issues. Mike Mayes sent me a text message this morning and asked if I knew he was coming to the January membership meeting. I told him I had no idea he had intended to come to Tulsa.
Mike followed up texting with a phone call. He asked if I could skip the January meeting on the 31st and come to a meeting in Dallas on that day with Schaible (President of Local 591), Reaves (President of Local 567), Petersen (TWU Air Division Director), Mayes (International Administrative Vice President), and possibly Alex(International Executive Vice President) and John (International President). This meeting will be held to have open conversations centered around the continual degradation of local autonomy. We have to restore our ability to elect local officers and allow them to handle the policing and ultimately the ability to take cases to arbitration regardless of if the IAM wants to side with the company or for some reason fears going in front of an arbitrator. The other locals members spoke to International President Samuelsen.  Their statements were loud and clear, there’s internal problems that have to be fixed.
My suggestion to Mayes was to postpone the January meeting to a combined Jan/Feb meeting and he and Gary or any other International guys could come in February and take questions on the latest events.Mike thought that was a good plan.
So as President I’m postponing this month’s meetings to a combined February meeting. The Local 514 executive board meeting will still take place.
Terry please make the necessary postings and record the change please.
Dale