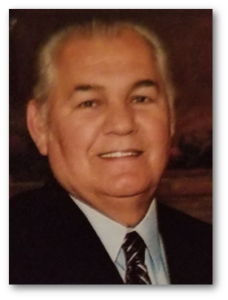 Jerry Wayne Roberts Sr. Was a machinist at American Airlines from 1989 till he retired in 2003.

Jerry was born August 4, 1943 in Tulsa, Oklahoma to Charles Calvin and Betty Jean (Ross) Roberts. Jerry grew up and received his education in Turley and Tulsa where he graduated from McLain in 1961. In 1962 Jerry married Yvonne Roberts. In 1989 Jerry married Cynthia Thomas in Skiatook making their home here until moving to Cleveland four years ago. Jerry was employed with American Airlines from 1989 until his retirement in 2003. Jerry had also worked for the Post Office and for Rockwell in the seventy’s and eighty’s. Jerry liked repairing and restoring antique cars, was a stock car driver, loved watching NASCAR, traveling, driving and watching western movies.

Jerry was preceded in death by his mother and father.

Music for the services will be; “The Old Rugged Cross”, “If I Only Knew” and “Give Me The Beat Boys.’

The family of Jerry Roberts entrusted his care and services to the Sien-Shelton Funeral Home.