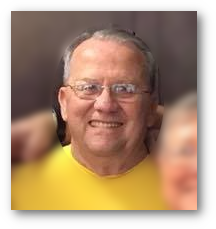 It is with a sad heart that we share with you the passing on December 1, 2021 of retired brother Jim Moore.

Jim had been with us here in Tulsa as a Crew Chief, Fleet Service starting back in 1968,  Jim retired in 2008.

Please keep the Moore family in your thoughts and prayers.

James Jim Kealon Moore, 75 went to be with our heavenly father on December 1st 2021. He was born November 11th 1946 in Tulsa Oklahoma the son of James K. Moore senior and Opal Estell (Calliham) Moore.

Jim graduated from Will Rogers high School class of 1965. During his senior year he became engaged and then married to the love of his life Linda Gail Barnes on September 18th 1965, in Tulsa Oklahoma. They celebrated 56 years of marriage this year. Jim and Linda Moore are the proud parents of three beautiful children May 18th 1967 they welcome their first-born son Roger Allen Moore, On June 18th 1969 they welcome their second son Steven Lee Moore. Then on June 21st 1973, their daughter Sandra Gale Moore was born.

Jim was welcomed into God’s family after accepting his gift of salvation in 1969. Jim worked at American Airlines and retired after 40 years of service in 2008.