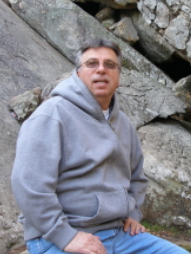 We share the passing of retired brother Dale Williams on July 27, 2022, with a sad heart.

Dale had been with us here at American Airlines starting as a Aircraft Cleaner in 1995 and retiring from the position of Overhaul Support Mechanic in 2013.

Please keep the Williams family in your thoughts and prayers.

A memorial service will be held at 2:00 P.M. on Wednesday, August 3rd, 2022 in the Leonard-Marker Funeral Home Chapel.

Marion Dale Williams was born November 8, 1953, in Tulsa, OK to Marion Carl Williams and Shirley JoAnn Smith-Williams. He passed from this life on July 27, 2022, at his home in Bixby, OK at the age of 68. Dale was preceded in death by his parents Carl Williams and JoAnn Waid and nephew Sean Crockett.

He is survived by his wife Gail of Bixby, their sons Lee and Brett, daughters-in-law Julie and Chassity, and his five amazing grandchildren, Allie, Luke, Hailey, Tyler, and Gavin, sisters Carla O’Hara and her husband John, and Lisa Heinrich and her husband, Ron, Stepdad Gail Waid, sister-in-law, Dana Johnson and her husband Bob, brother-in-law David Compton and his wife Lacy, Aunt Annie Sellers, Uncle Ronnie Smith, and several nieces, nephews, and cousins who he loved very much.

Dale attended school in Leonard, OK and graduated from Bixby High School in 1972. Dale thought he excelled at everything he did, but he especially excelled in basketball. He was married to Gail Williams on September 20, 1975, they would have celebrated their 47th anniversary this year. Dale spent most of his career working at McDonald Douglas and American Airlines, retiring from American in 2013.

Dale was loved by many; his loss will be felt by all who knew him.