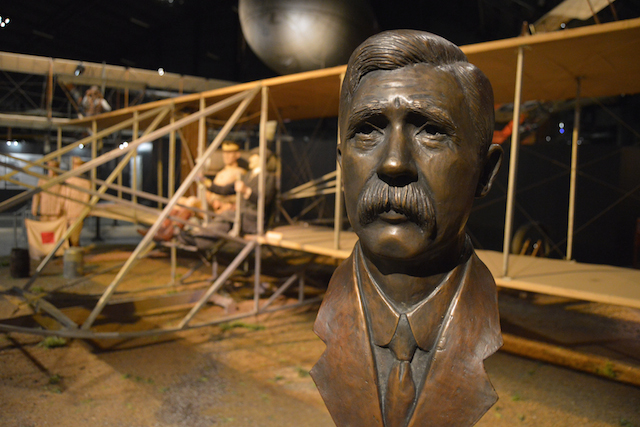 Aviation Maintenance Technician Day is a United States day of recognition, observed on May 24, that recognizes the efforts of Aviation Maintenance Professionals as well as the achievements of Charles Edward Taylor, the man who built the engine used to power the airplane of the Wright Brothers.

The Officers at TWU Local 514 want to Thank all of the Professionals who are  AMT’s as well as those who help support the AMT’s who proudly keep airline passengers and our families safe,

I  am proud to be your Union Brother.

More on the history of AMT Day..

The world of aircraft is an exciting aspect of man’s history towards the skies. If we didn’t have our mechanics working behind the scenes, then flight wouldn’t have become as popular as it has in the past century. The Wright Brother may take all the fame, but it’s the people in the background that truly make it all possible. So, Aviation Maintenance Technician Day exists to give recognition for their efforts in keeping flight a possibility. Let’s appreciate our technicians and learn about this awesome day!

In 2001, the Federal Aviation Administration officially declared the holiday to honor the effort and innovation of Charles Edward Taylor, the machinist who invented the engine that helped power the airplane of the Wright Brothers. Taylor is considered one of the world’s first successful aviation maintenance technicians that helped innovate the use of flight into our everyday world, even though the Wright Brothers take the upfront credit for building the world’s first successful airplane. Taylor’s 12-horsepower engine propelled the Wright’s airplane 20 feet above the wind-swept North Carolina beach, allowing the aircraft to last 59 seconds for a distance of 852 feet.

Taylor continued to work in aviation maintenance for over 60 years, but mostly hide in the background as a silent technician to keep the innovation moving. According to the FAA, there are over 250,000 men and women working as maintenance technicians at major international airports across the United States. The Aviation Safety Network also reports that the number of fatalities falls by 85 percent over its 10-year average in 2013. Hence, this holiday was created to thank the men and women who create safer skies for passengers as they travel internationally. This holiday also encourages aviation professionals to share their knowledge and show appreciation for the success they have done in their lives.

If you know someone who works in Aviation, thank them for their services. If you find the history of aviation interesting, then research it and buy books on aviation to learn more about it. You can also use the hashtag #AviationMaintenanceTechnicianDay and share photos of your mechanic friends and tell other friends about their life and how much you appreciate them. Maybe if this really inspires you, find a career in aviation and see where life takes you.