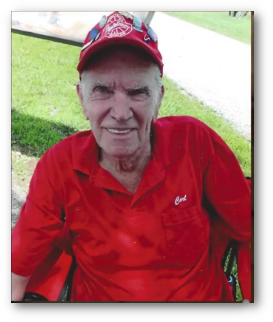 Carl was born on August 8, 1940 in Stotts City, Missouri to his parents Leroy Carl and Deloris Jean (Maghee) Purdy. He met the love of his life, Betty Ruth Harvey, on a blind date, and they were almost inseparable from that moment on. Shortly after, Carl joined the army in the summer of 1960. Returning home after boot camp, he asked Betty to marry him and she said yes. They eloped in Miami, Ok on September 10, 1960. While in the service of the Army, Carl was sent to Berlin, Germany where he became a lifetime fan of their food and beer. He concluded his service on January 17, 1963 and returned home. He then began a career with American Airlines as a machinist that spanned 30 years before retiring at the age of 55. Carl loved all classic cars, but especially Studebakers. He and Betty traveled all over the United States, sightseeing and looking for cars and car parts. They were long standing members of the North Eastern Oklahoma Chapter and Ozark Trails Studebaker Clubs. Carl served as President and Tour Master in the NE Oklahoma Club and Vice President and Tour Master in the Ozark Trails Club. He had restored several Studebakers: a 1951 canary yellow Studebaker Commander “Bullet Nose”, a 1949 teal green Studebaker Truck, a 1948 Studebaker Business Coupe, and a 1956 Studebaker Station Wagon. In their travels, it was discovered that Carl had an uncanny ability to run into someone he knew from home or another place visited. He also never forgot a great meal; always remembering what he had and what restaurant he was in. Most importantly, Carl will be remembered as a loving husband, father, and grandfather who cherished his family above all else.

He is preceded in passing by his parents Leroy and Deloris Purdy.